ST. PETERSBURG, Fla. – For the next six months, people will be able to get from downtown St. Petersburg to St. Pete Beach for free, and it all starts at 6 a.m. on Friday.

Local and state leaders cut the ribbon at one of the SunRunner’s new stations in downtown St. Pete Thursday. The SunRunner is a new rapid bus service with a 10-mile route and 30 stations stopping at Tropicana Field, the Grand Central business district and St. Pete Beach, among other places.

“I get a little bit excited about any kind of public transportation, even my regular PSTA bus picking me up in the mornings to take me to work,” Brad Miller, the CEO of Pinellas Suncoast Transit Authority, said. “So when I tell you that today is the most excited I have ever been about public transportation in Pinellas County, you know it is a historic day for our community.”

The buses will run every 15 minutes during the day and every half hour at night seven days a week, 6 a.m. to midnight. After the first six months, it will cost $2.25 one way, or $5 for an all-day pass. You can’t pay with cash, so download the Flamingo app, or pick up a card at a transit center in the area.

The buses also have WiFi and charging units. Each station has a digital sign that updates riders on when the next bus will arrive. You can also download the Transit App, put in your destination and find the station you need to go to while tracking the SunRunner’s arrival.

“We all know we live in the best community, but a part that will make that even better is if we’re more accessible, more affordable, and more sustainable, and modern efficient transit does all of those things,” Mayor Welch said.

The St. Pete mayor also said SunRunner will enhance St. Pete and the Central Avenue corridor, connecting downtown to the beach communities. He said this serve will be here for decades and will be the model for more enhanced transit options in the city and region. 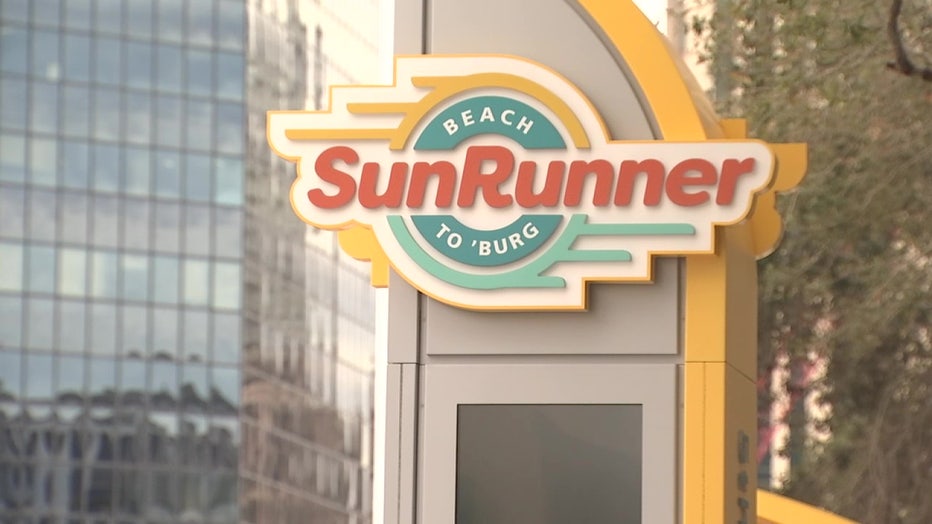 Pinellas Suncoast Transit Authority and the city said the bus, which has its own lane, will alleviate traffic and free up parking. Some residents agreed.

“The parking had been kind of a problem downtown, so when you wanted to come to events sometimes it can take forever to park, and you’re just like, ‘forget it,’ so we’re really excited about just being able to hop on the bus and having a good time,” Evan Neidich, who lives in downtown St. Petersburg, said.

Others said it’ll be nice for people who may not have a car.

“I think it’s kind of cool because a lot of people don’t have transportation, so it’s actually a really good idea, honestly, to get to where you need to go,” Kimberly Coleman, a Pinellas Park resident, said. 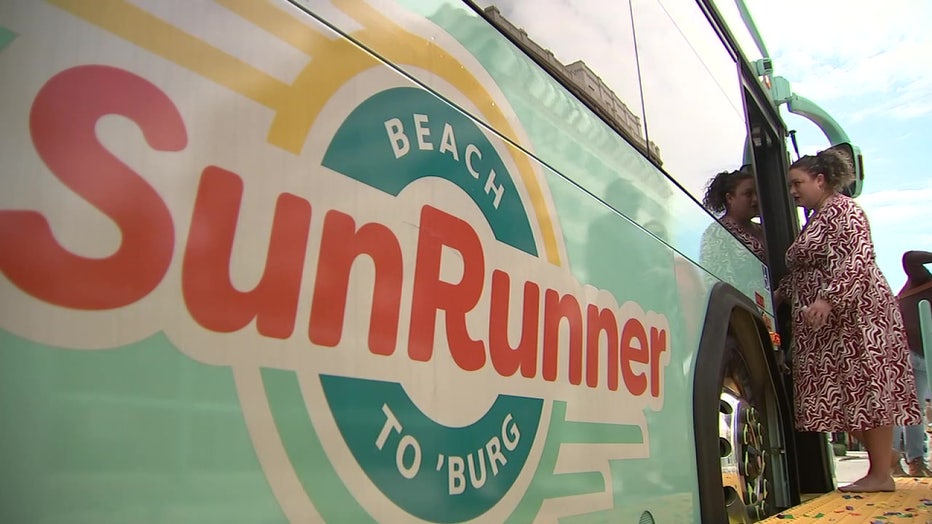 Some neighbors, though, said the lanes are narrower now because the SunRunners have their own lane. They also said that the stations are taking up parking spots.

The first 500 riders Friday will get a gold card with discounts to local businesses along the route.

The Federal Transit Administration contributed $21.8 million to building the SunRunners. FDOT provided 25% of the funding, while PSTA and the City of St. Pete split the remaining costs.